Our excursions are nature walks within everyone’s reach. They are cycling tours, not races. You don’t have to be an expert or sporty cyclist, our routes are good for all those who know how to ride a bike. A living experience to be with the family (with children over 14), with friends, as a couple and perfect even alone.

Tuscany in  bicycle excursions are all-inclusive:
– AMI BIKE Instructor
– e-bike or mountain-bike of your choice
– helmet
– insurance
– tasting (where and if included in the tour)

The published rates are valid for groups of 3 to 8 people.
The e-bike excursions have no limitations on the number of participants.
It is also possible to organize individual or couple excursions with participation fees to be defined based on the itineraries. Individual travelers are welcome.

Each excursion is perfect for everyone as long as they are able to ride a bicycle,  to the most avid cyclists thanks to the use of electric bicycles that help keep a good pace and relieve fatigue during the climb.

For different needs, for the request of additional services our partners will be happy to provide you with support see E-Bike Holidays.

THE “IDEAL” CITY, THE WHITE ROADS AND THE TUSCAN CHEESE 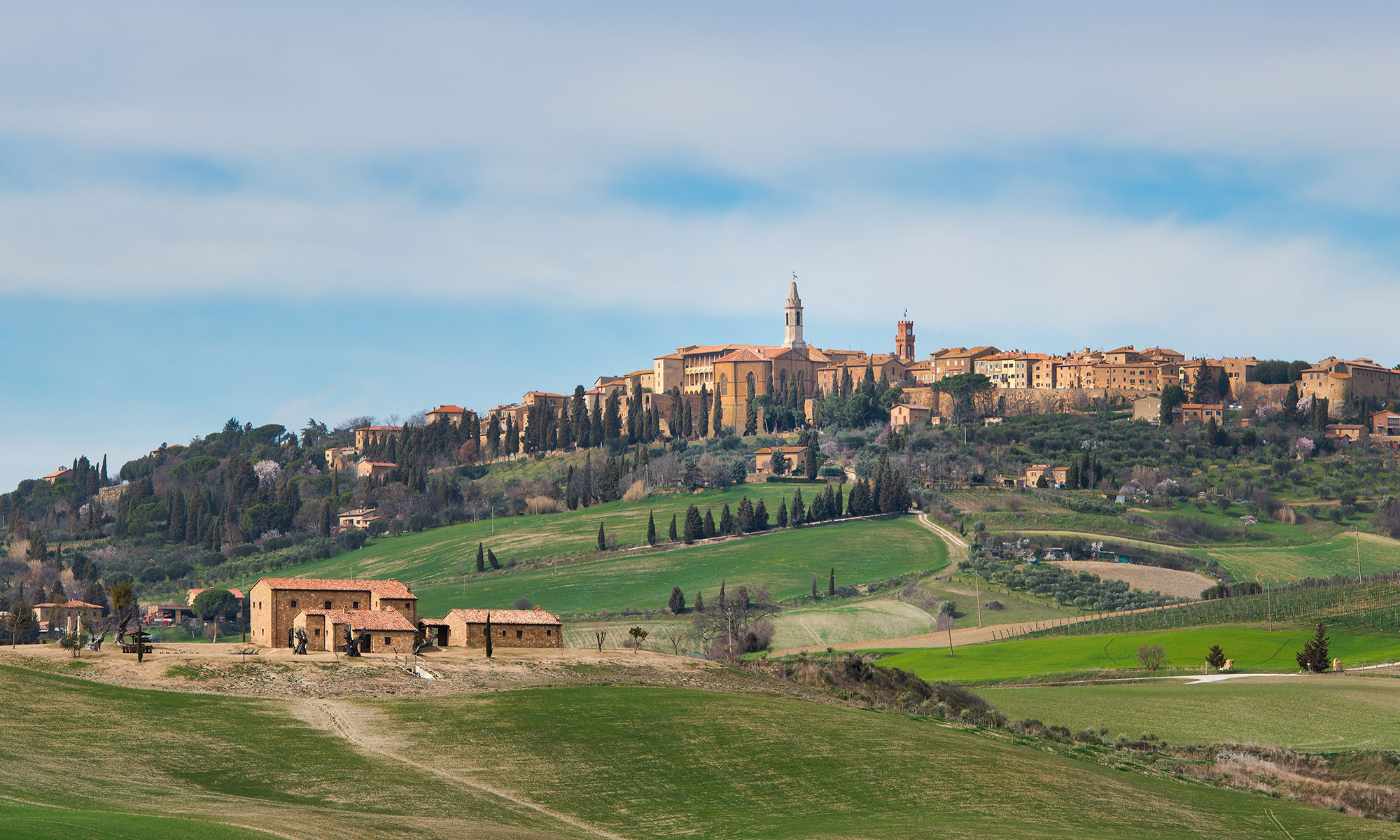 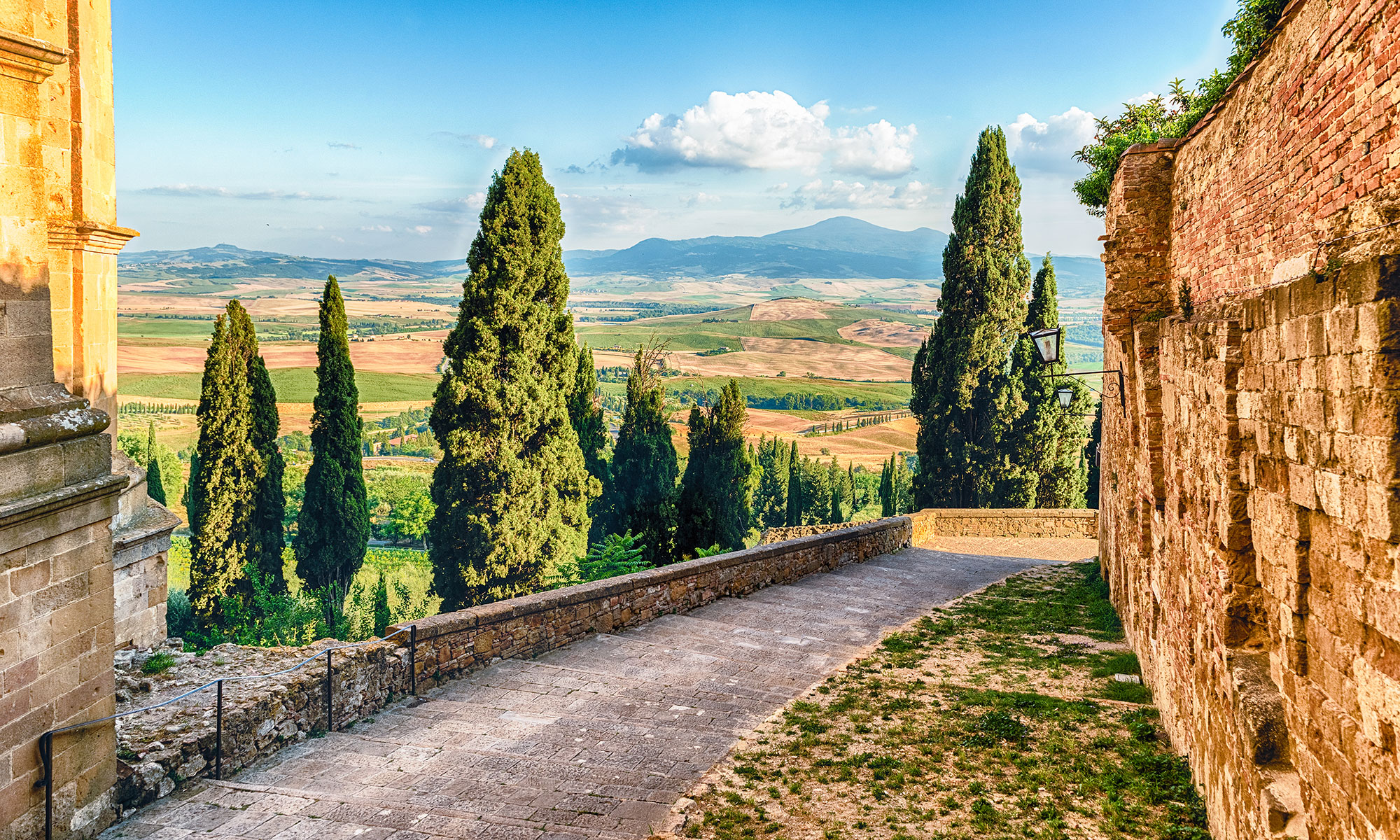 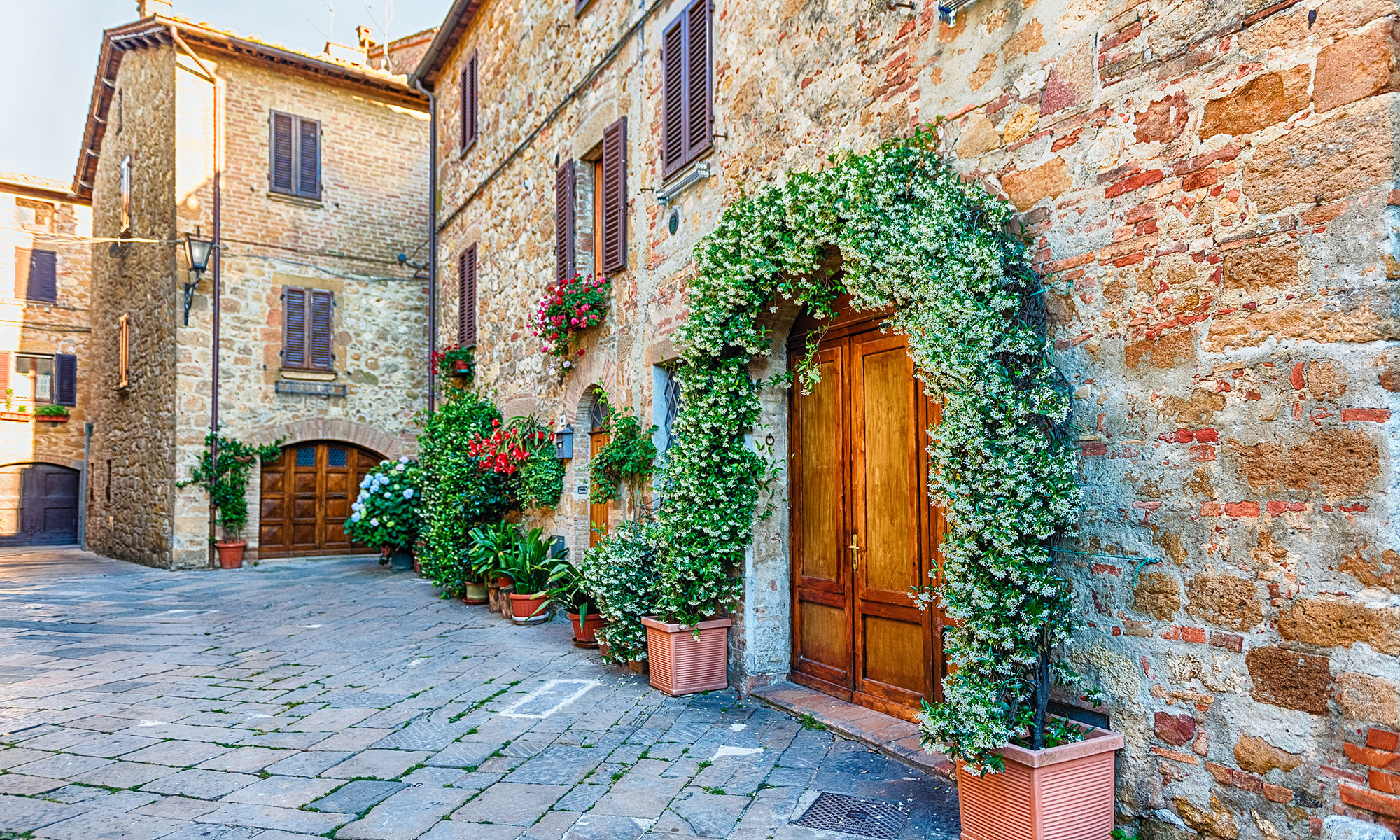 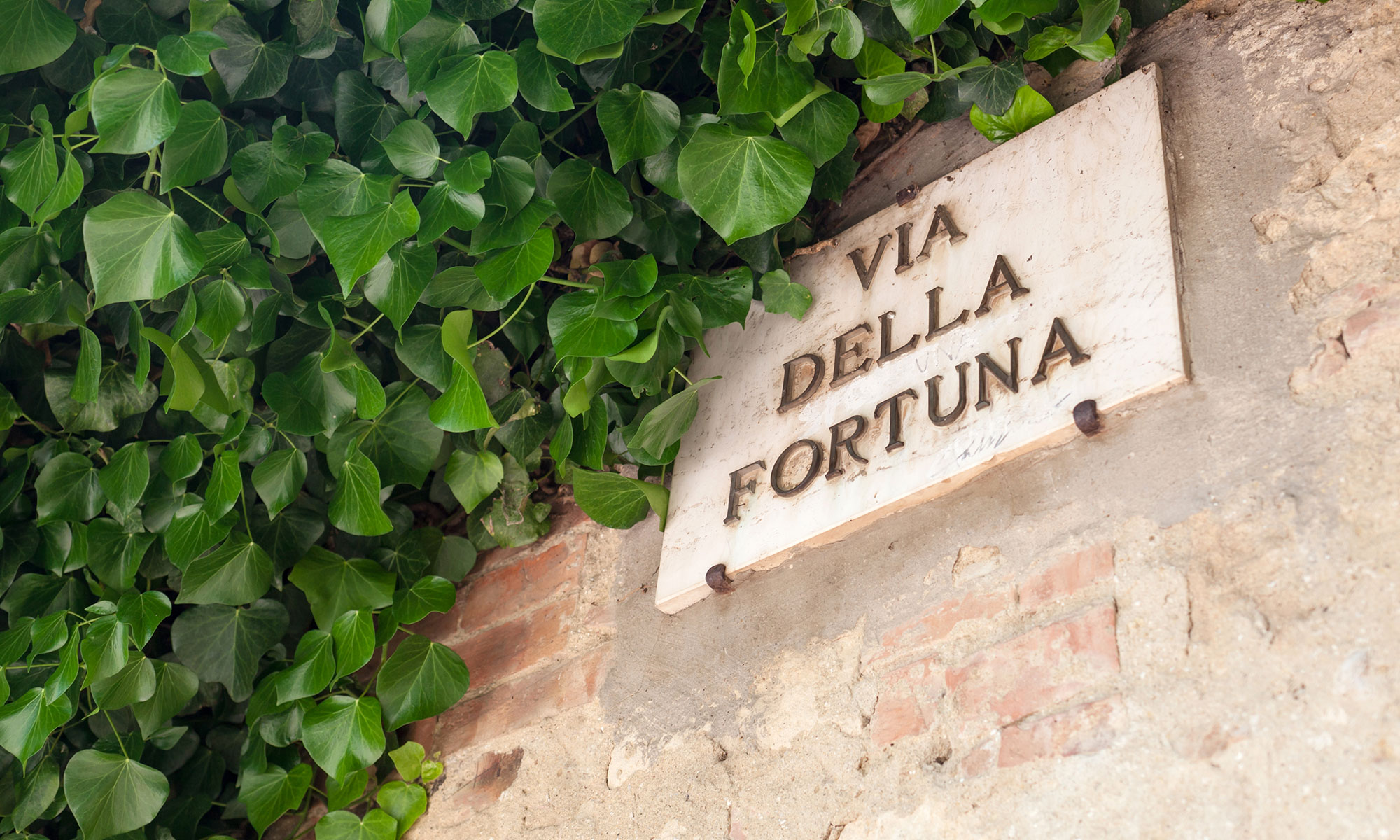 An itinerary dedicated to  nature, art and  to the pleasures of good food lovers.

80% of the route is characterized by wide dirt roads on mainly “white” roads in the heart of the Val d’Orcia.

It starts from Chianciano Terme in the direction of Pienza. Pedaling on dirt roads, your attention will be captured by the timeless vision of ancient Etruscan tombs (VII-VI century BC), which now fit naturally into the landscape.

Proceeding, we will make a stop in Monticchiello, where you can enjoy a breathtaking view of the valley. It is a small medieval village off the beaten track, but much loved by car advertisements, for its streets full of curves and cypresses.

You will love to get lost in the narrow streets of the town where the Torre del Cassero, which stands on the hill, and the sturdy walls are the tangible signs of its medieval past. Photography lovers, like the most romantics, will find a myriad of picturesque views. You can admire the parish church of Saints Leonardo and Cristoforo, in Romanesque-Gothic style, which dominates the ancient castle of the village and the parish church of Santa Maria dello Spino.

Along the way, the first-level instructor will perhaps reveal the secrets and curiosities of these places. For over 50 years, Monticchiello has also been known for its so-called “poor” theater, an expression of popular theater in which all the inhabitants are authors-actors of a collective performance that takes place every summer.

When you visit Monticchiello, a special “treasure hunt” awaits you: look for the “Traitor’s head oppressed by the cannonball” in the narrow streets of the town. Your instructor will reveal the exact location during the walk. We can only anticipate that you will have to keep your nose turned upwards and that it is the head of a citizen sold to Florentine rivals.

Then we will arrive in Pienza, the ideal city of the Renaissance, included in the UNESCO heritage since 1996. The center owes its name to Pope Pius II (Enea Silvio Piccolomini), who decided to transform, thanks to the work of Rossellino (a follower of Leon Battista Alberti) his birthplace (Corsignano) from an ancient fortified village into a magnificent papal residence. You will be amazed by the monumentality of the main square with Palazzo Piccolomini, the Cathedral, the Palazzo Comunale, the Palazzo Vescovile.

Not just art, Pienza is called the city of pecorino. During the excursion we will have the opportunity to have a pleasant stop-tasting of sheep’s cheese of various ages accompanied by a good glass of wine.

The route continues inside the “Lucciola Bella” nature reserve, inserted in the last offshoots of the Crete Senesi, so called because at sunset the fireflies, as if they were stars, light up the countryside. A show of unique magic, even more evocative during spring flowering. 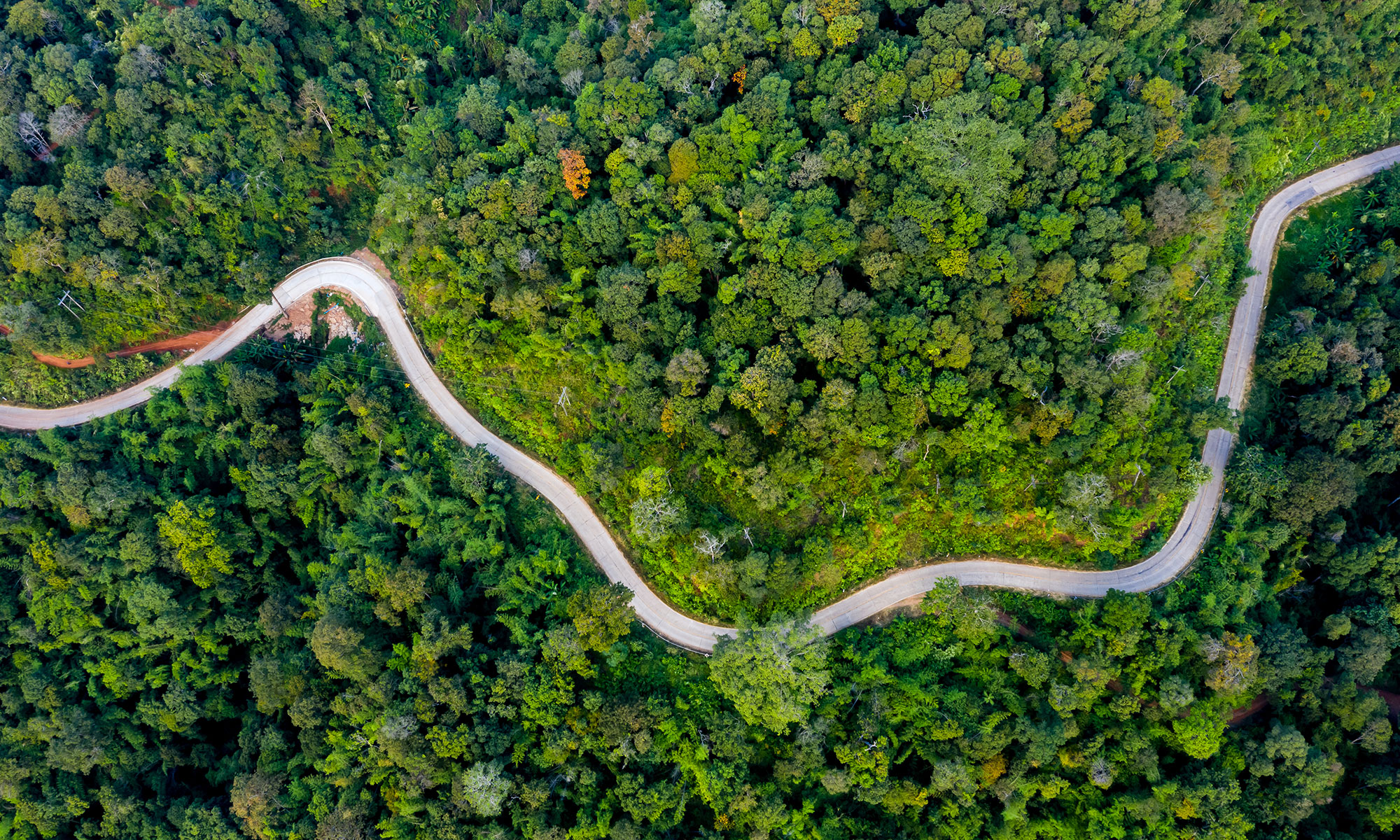 DISCOVERING THE “NOBLE WINE” OF MONTEPULCIANO 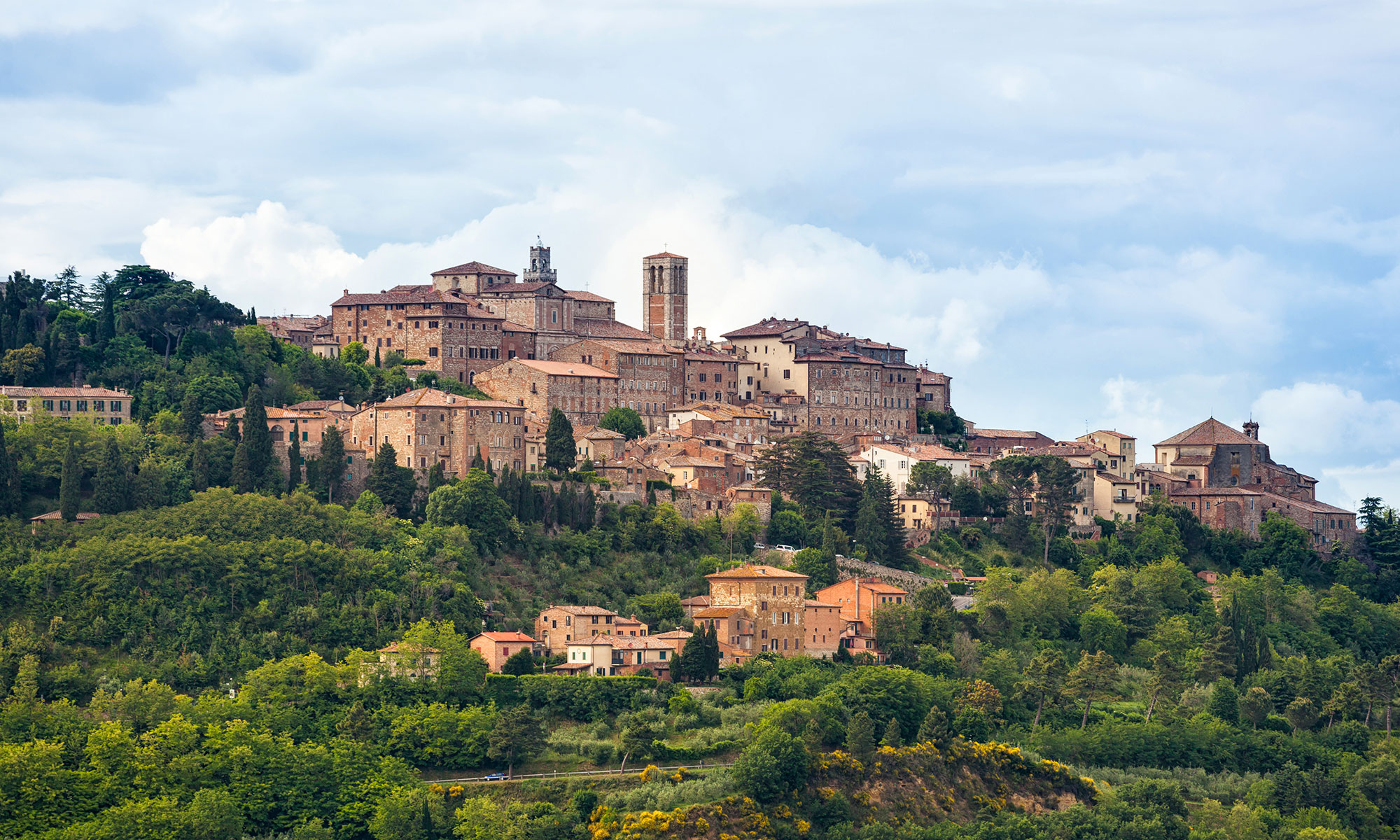 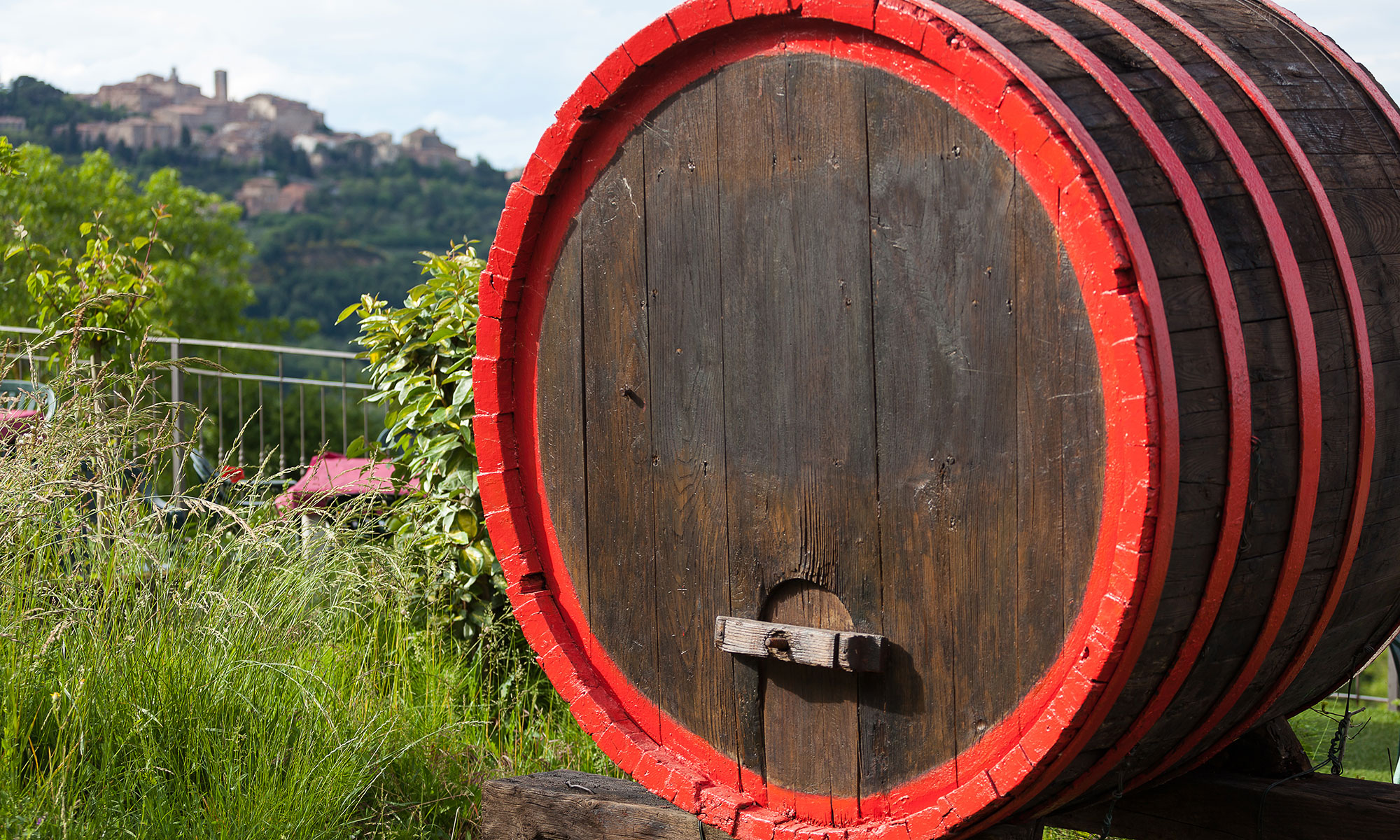 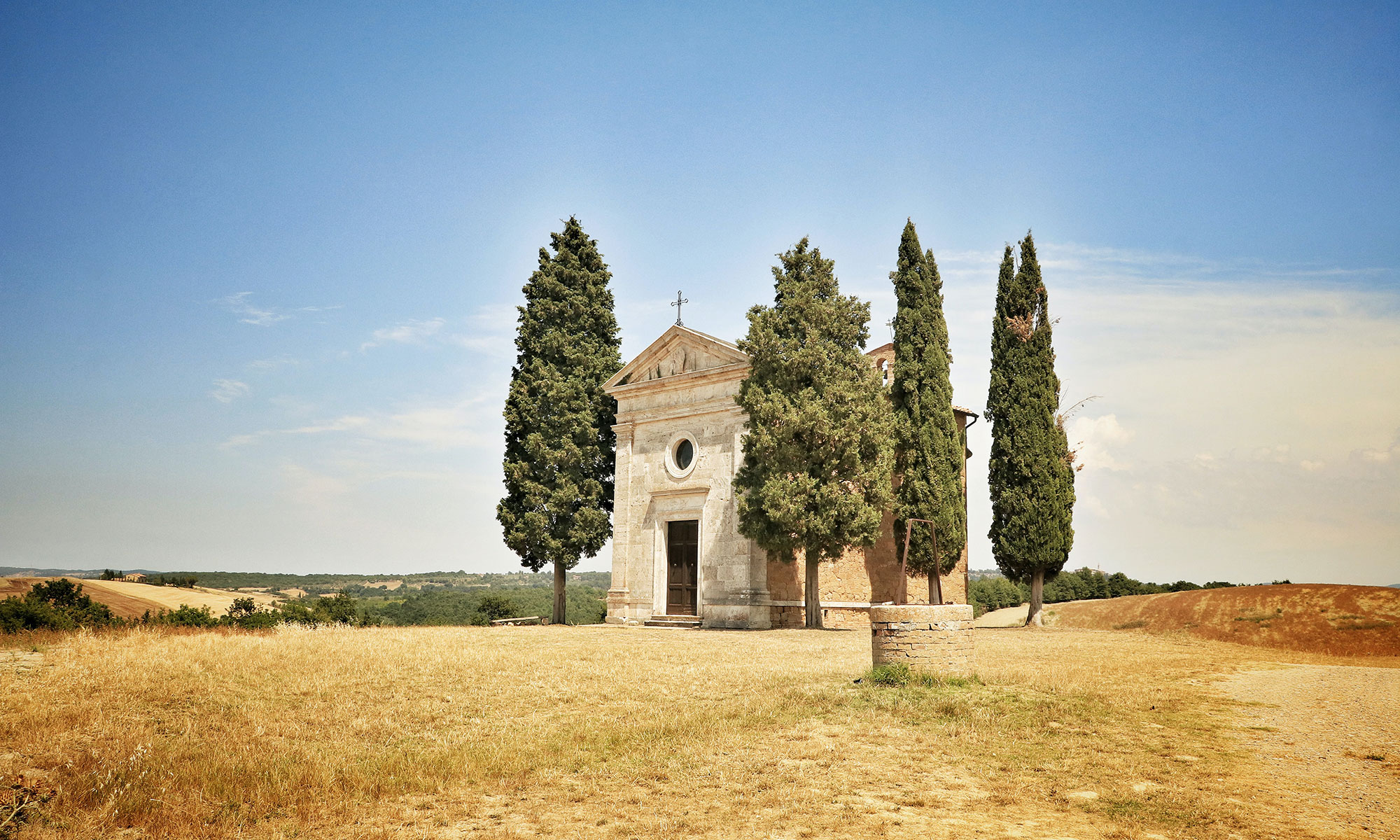 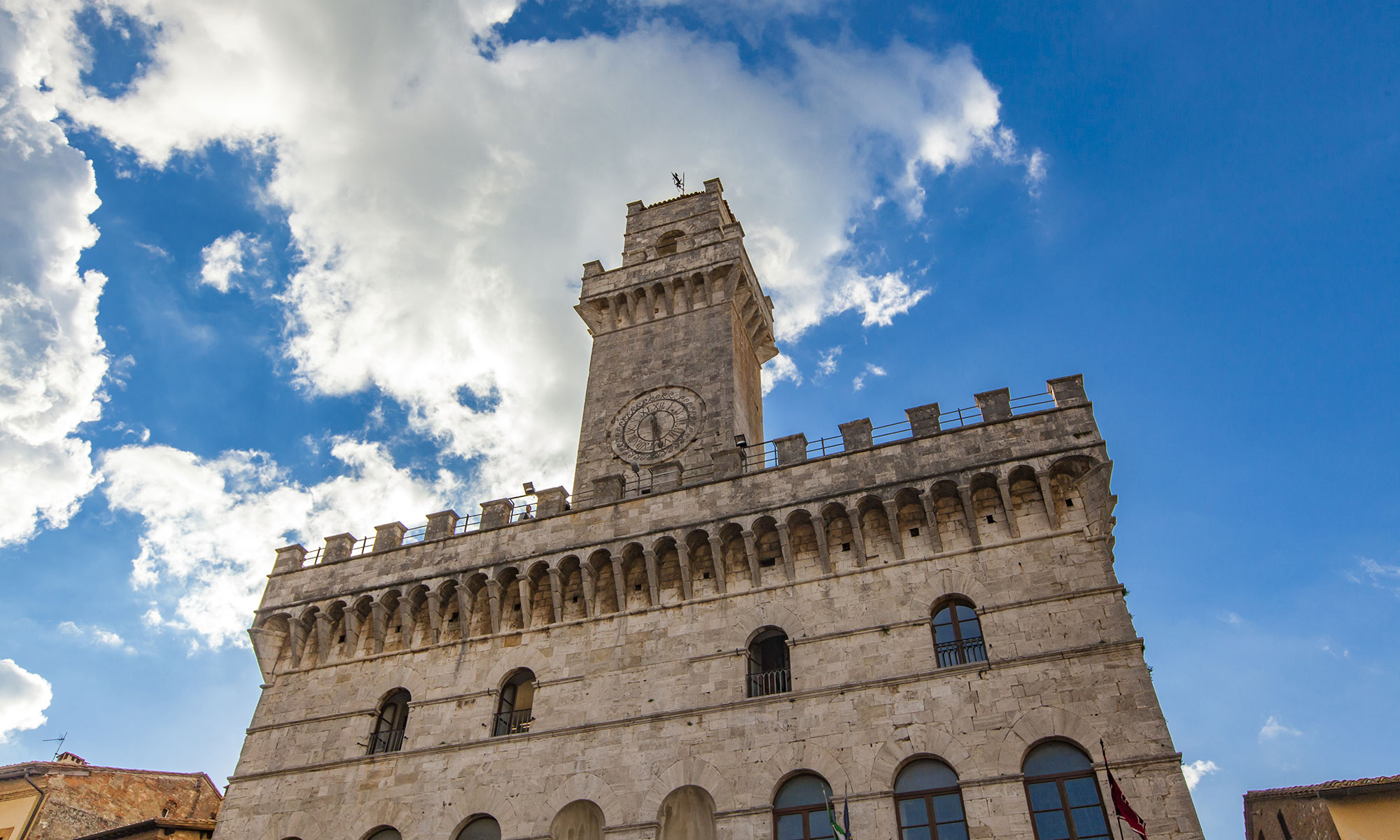 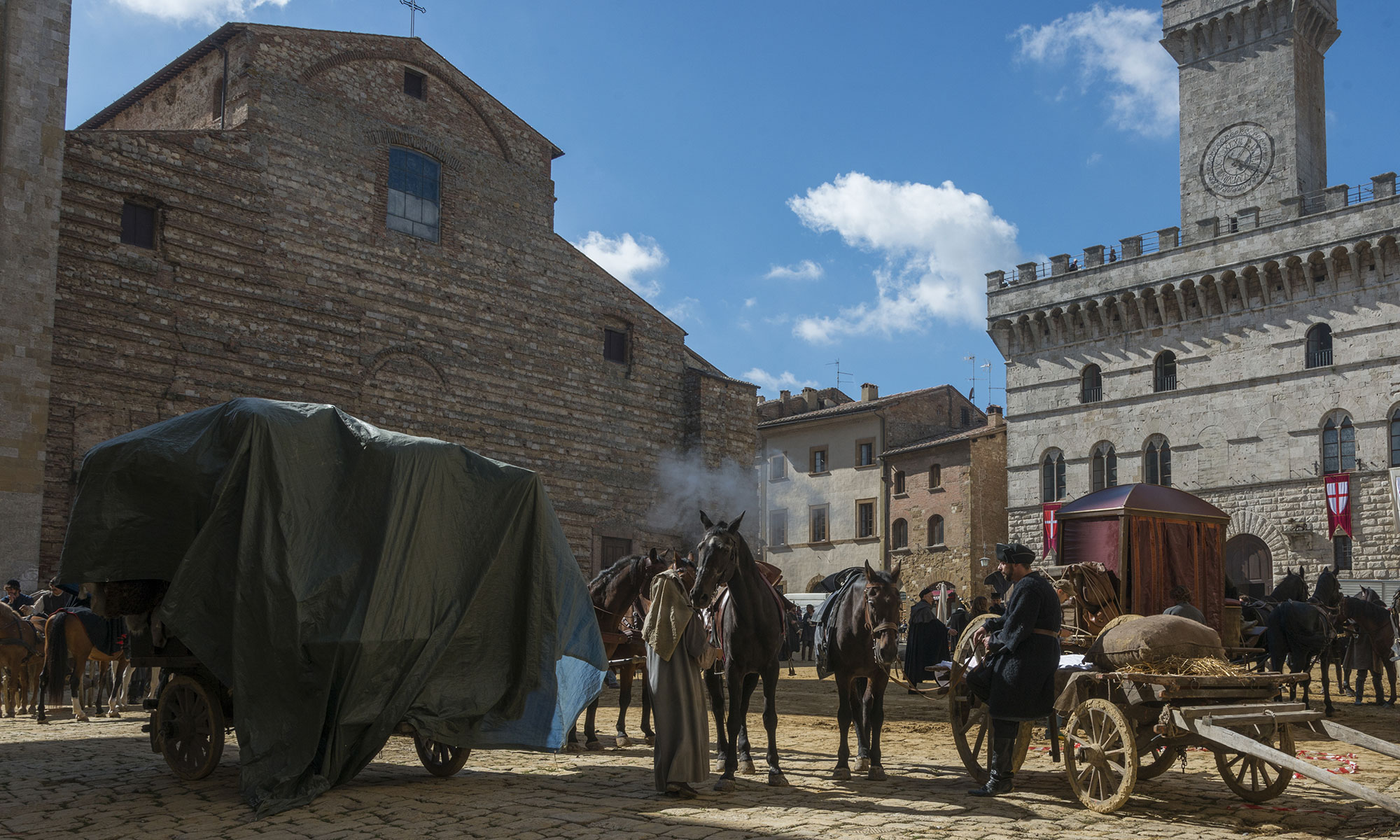 A perfect itinerary for nature and good wine lovers.

It starts from Chianciano Terme continuing along the “Strada del Vino Nobile” passing through the vineyards and medieval villages, protected by the Consorzio del Vino Nobile di Montepulciano.

The route is known for the characteristic paths that embrace Montepulciano, a city of Etruscan origin between the Valdichiana and Val d’Orcia

In fact, a few kilometers from the start, we will be able to admire the splendid Etruscan tombs.

With our e-bikes, along dirt roads, we will cross pleasant and unique landscapes until we arrive in the historic center. The medieval hilltop town of Montepulciano is rich in history, monuments and architecture. In your free time, we suggest you climb the tower adjacent to the Palazzo Comunale, from which one of the most beautiful views in the world opens up. The view ranges from the Val di Chiana to Mount Subasio, up to the long strip formed by Lake Trasimeno and the two “Chiari lakes”, that of Montepulciano and that of Chiusi.

Curiosity, in Montepulciano every year, since the fourteenth century, the Bravìo delle Botti has been held, an ancient medieval race where the 8 districts compete in a race with wooden barrels. It takes place on the last Sunday of August in honor of the patron saint, San Giovanni Decollato.

You will be able to enjoy Montepulciano in freedom until 3:00 pm and to make an unforgettable visit to the cellars.

It starts again along the road of the “Cappuccini Mountains” until returning to Chianciano Terme where the “THEIA” pools await us, regenerating spas where you can relax until the end of the tour, at 7pm.

BETWEEN LAKES AND LEGENDS. THE ETRUSCAN MYSTERY OF THE VAL DI CHIANA 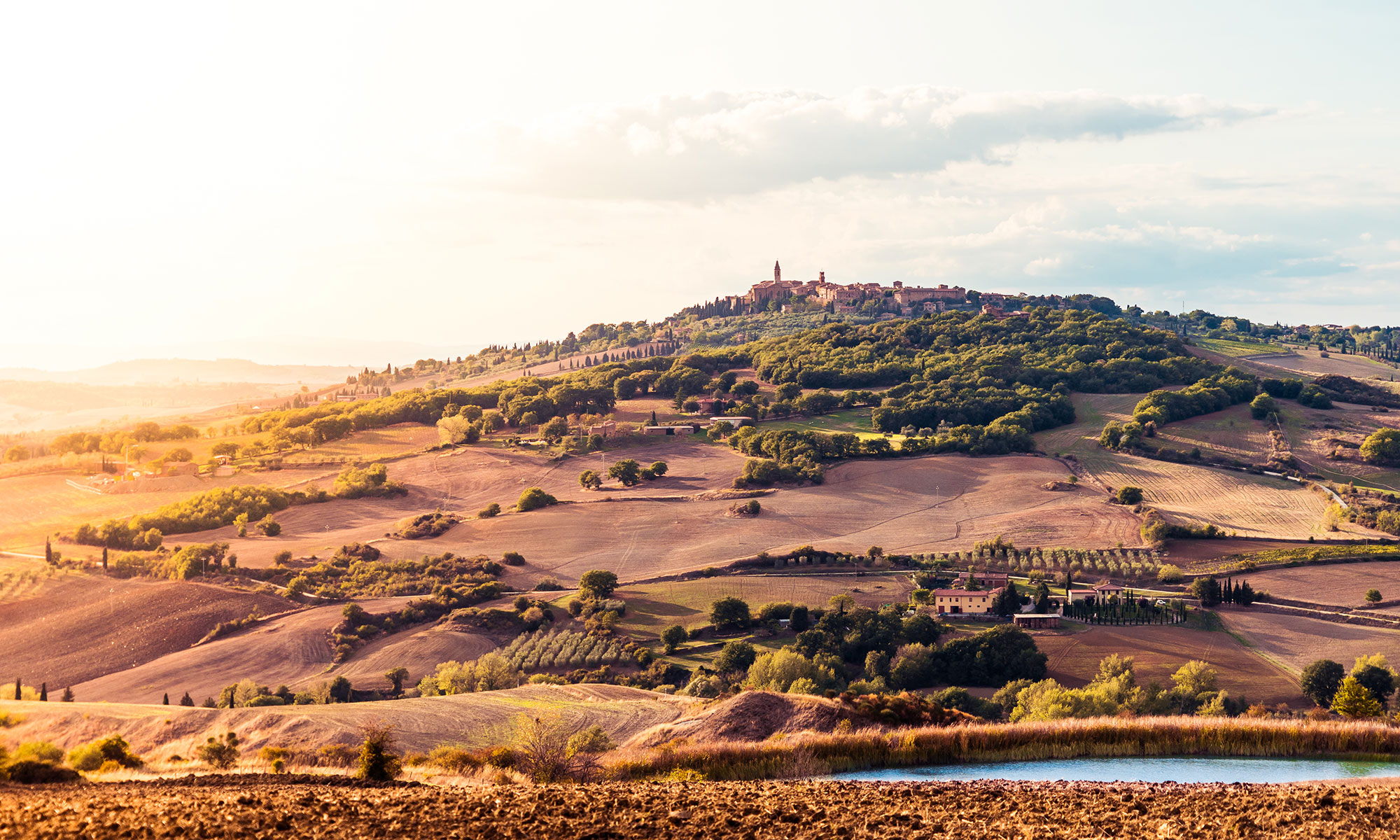 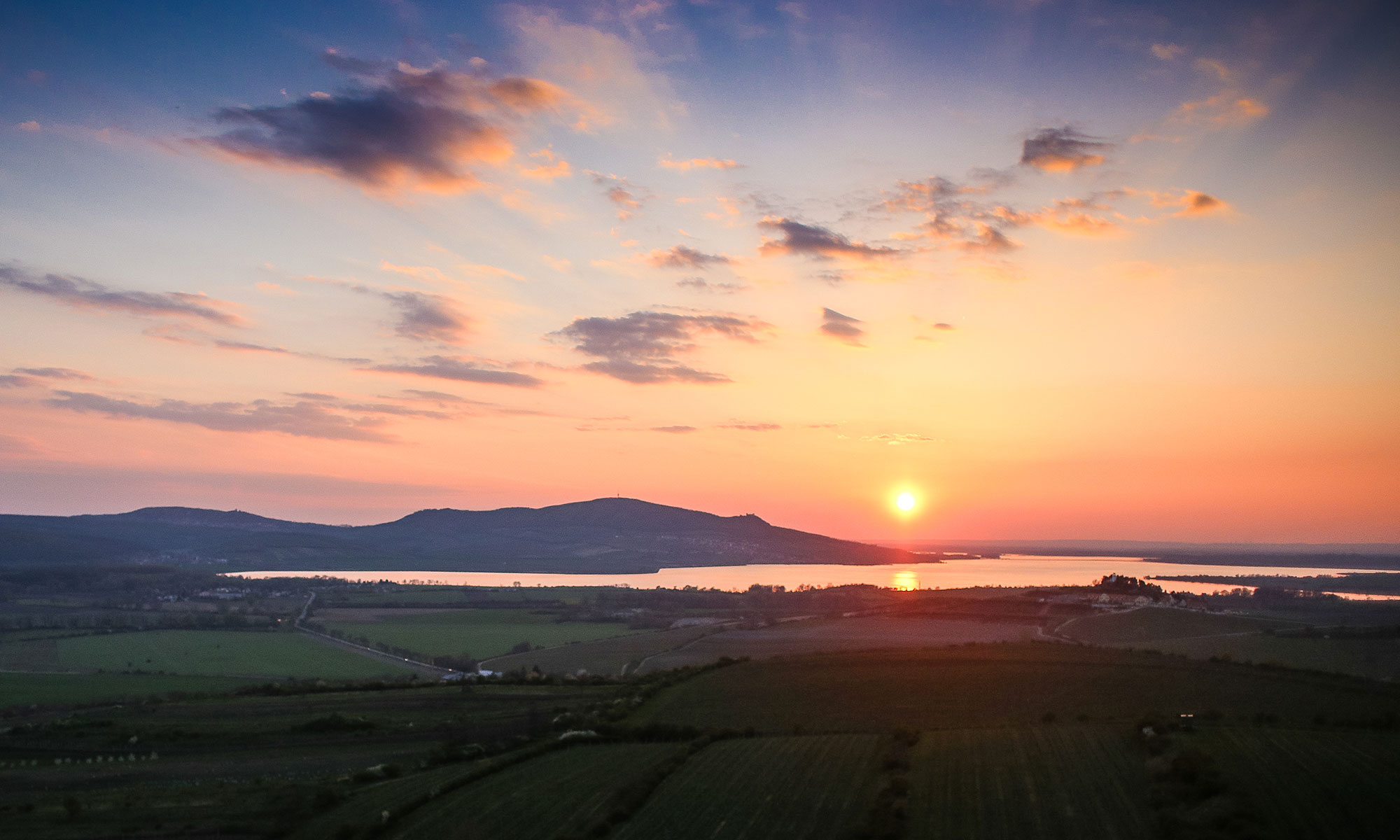 The route is dedicated to nature lovers who will let themselves be guided through the barren and characteristic “biancane” – hilly areas typical of Siena that stand out for their rounded backs and arid whitish surfaces – and winds through the natural reserves of the lakes of Montepulciano and Chiusi, between the Val di Chiana and the Val d’Orcia, connected by the Passo alla Querce canal.

An itinerary to discover the valleys, between the magic of the colors of the Crete Senesi and the stretches of water of Chiusi and Montepulciano, called “I Chiari” by the locals. To understand why, just look from one of the villages overlooking the valley and see the light of the lakes surrounded by greenery, between the cultivated fields and the woods. These wetlands have a decisive impact on the ecosystem, they represent the ideal habitat for very rare animal and plant species. Seeing a purple heron or egret, savoring the beauty that these places preserve in their fullness, frees the mind and reassures the soul.

It is a circular route, which starts from Chianciano Terme towards Lake Chiusi. Participants can stop for a lunch break at the lake and then head towards Montepulciano and return back to Chianciano Terme.

On the border between Tuscany and Umbria, Lake Chiusi, was called by the inhabitants Lake Chiaro di Luna, because according to an ancient legend, the goddess of the sky seems to come to contemplate herself in these waters. The lake is what remains of the vast swamp that occupied the valley floor of the Val di Chiana, both Siena and Arezzo, a paradise for birdwatchers, a resting and nesting area for various types of migratory birds.

Upon request we can also organize guided tours aboard a boat.

Lunch – included in the walk – will be held at the “I Chiari in Toscana” farmhouse with swimming pool, which will remain available to guests until the departure, around 16:00, towards Chianciano, the final stop. 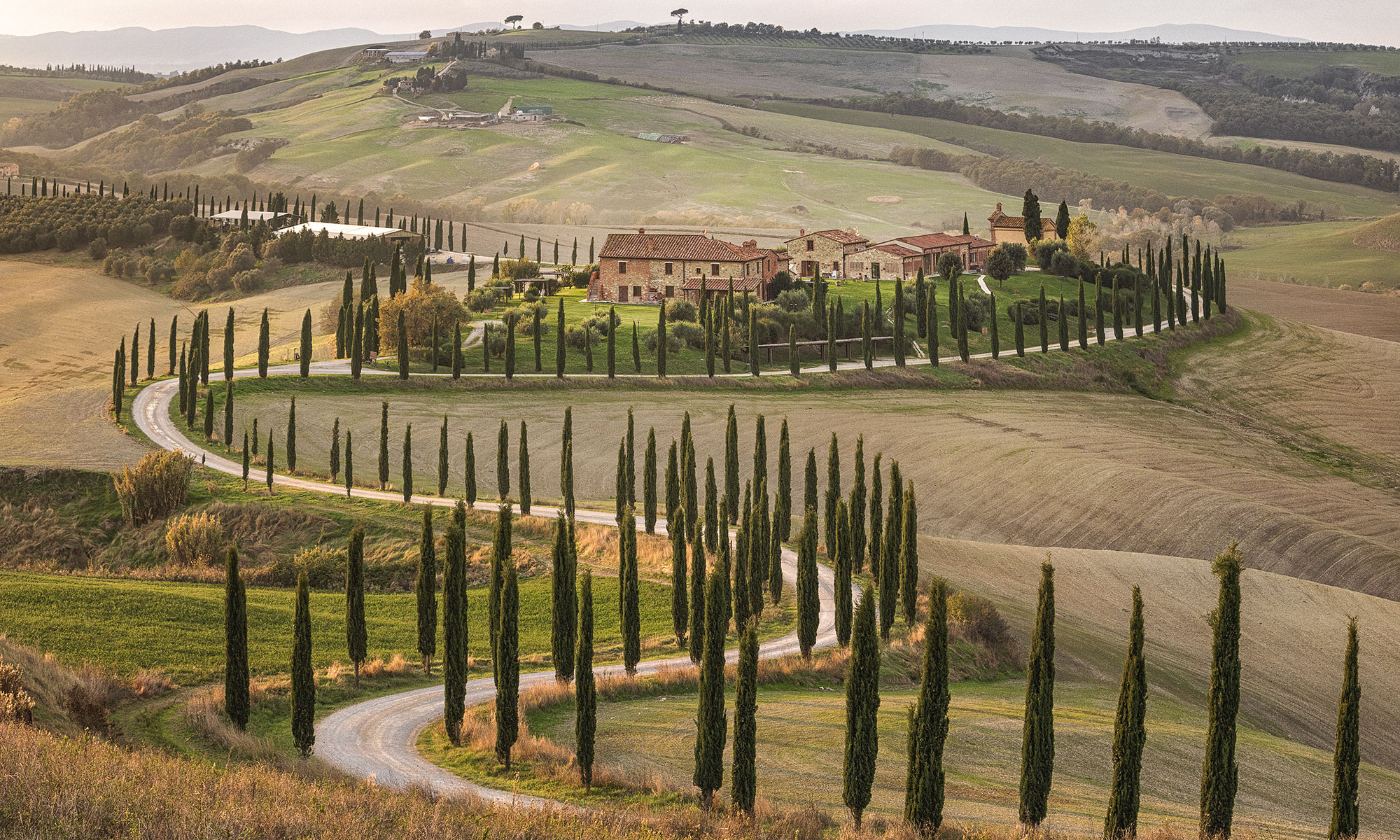 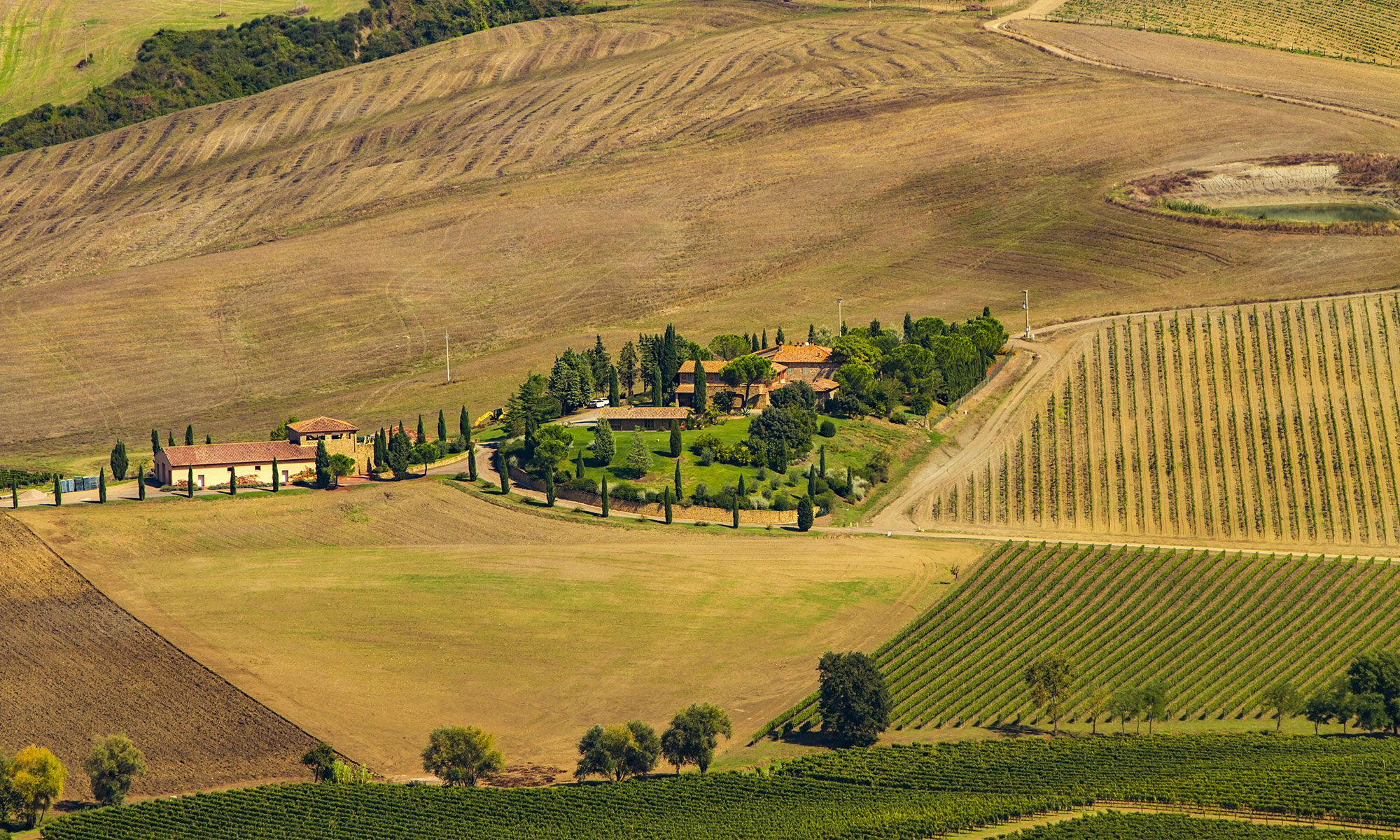 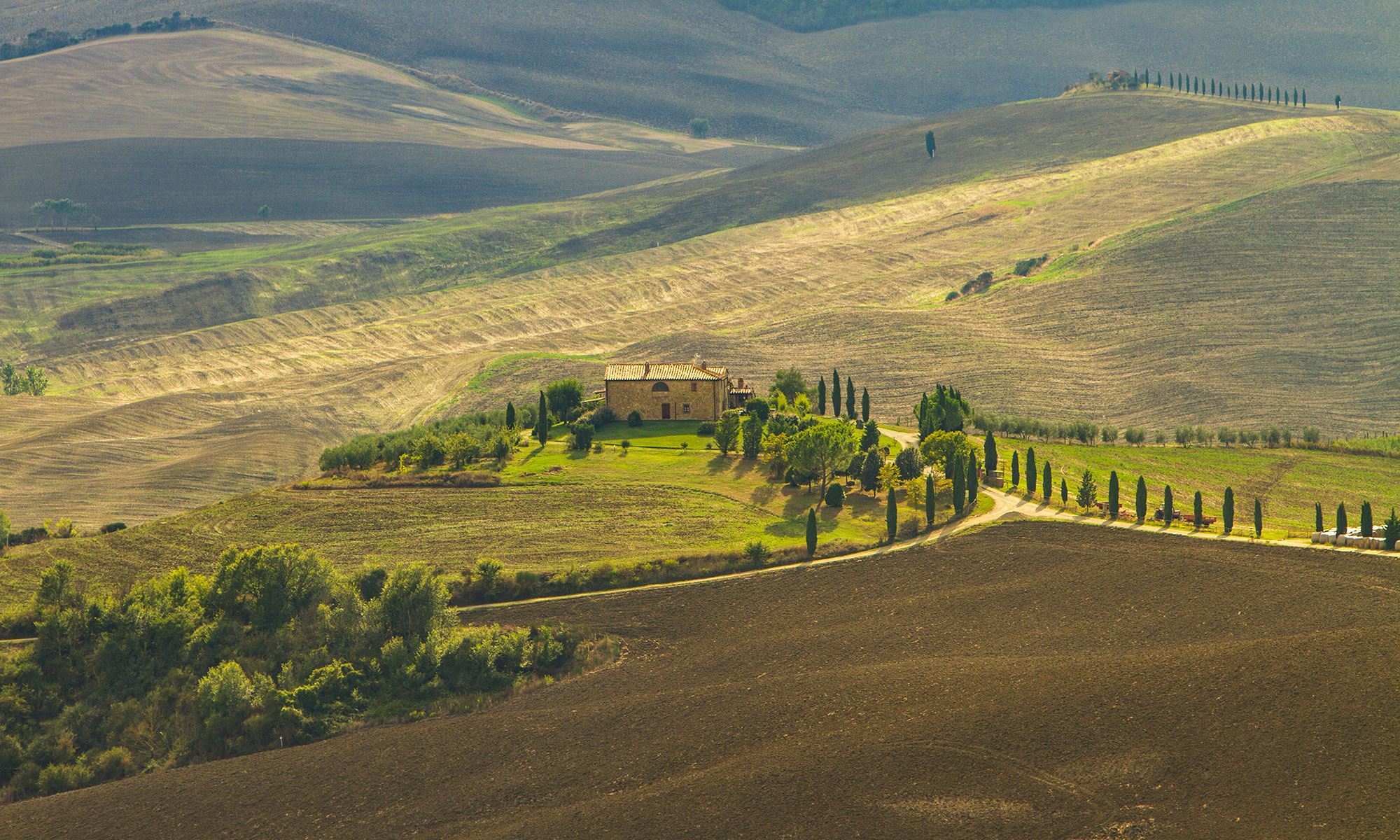 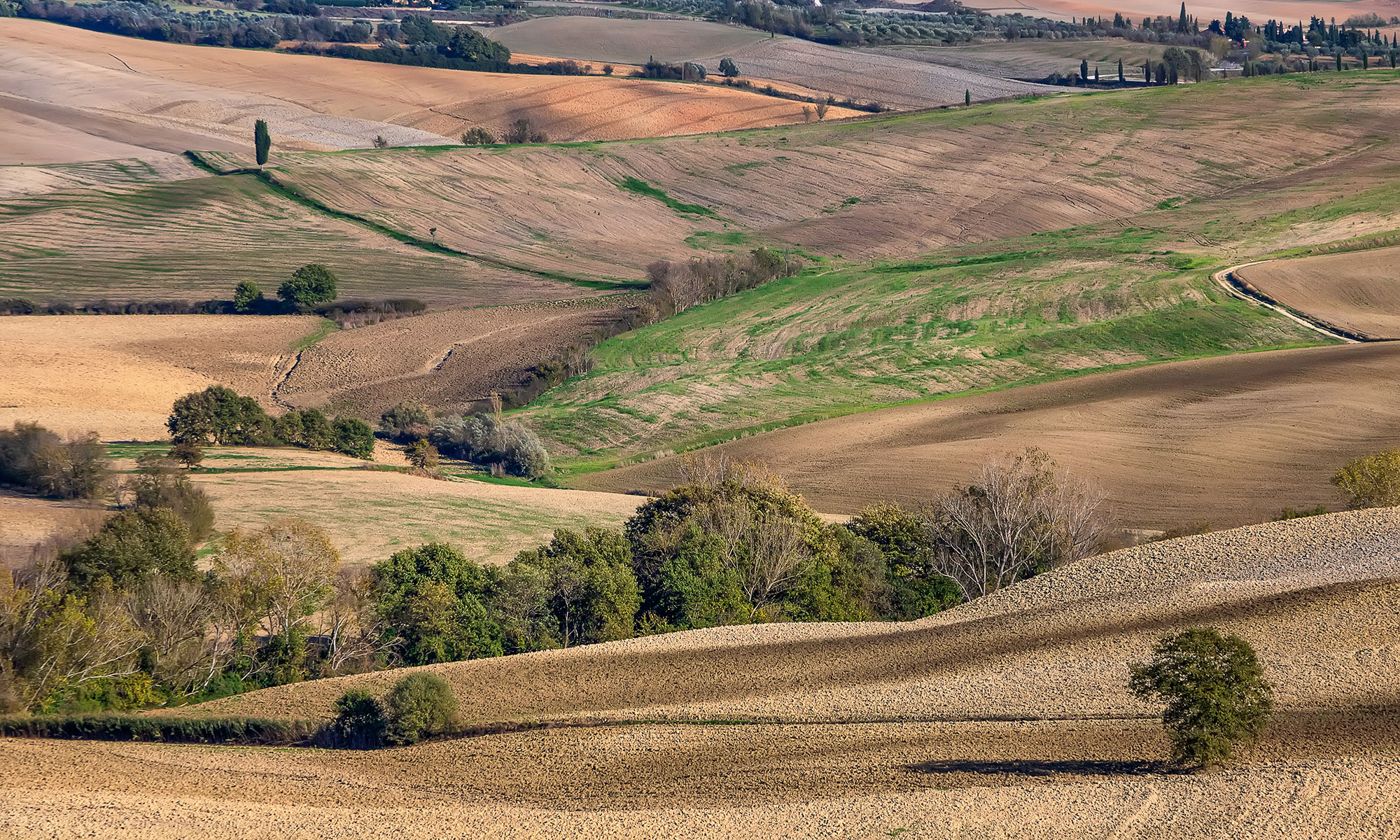 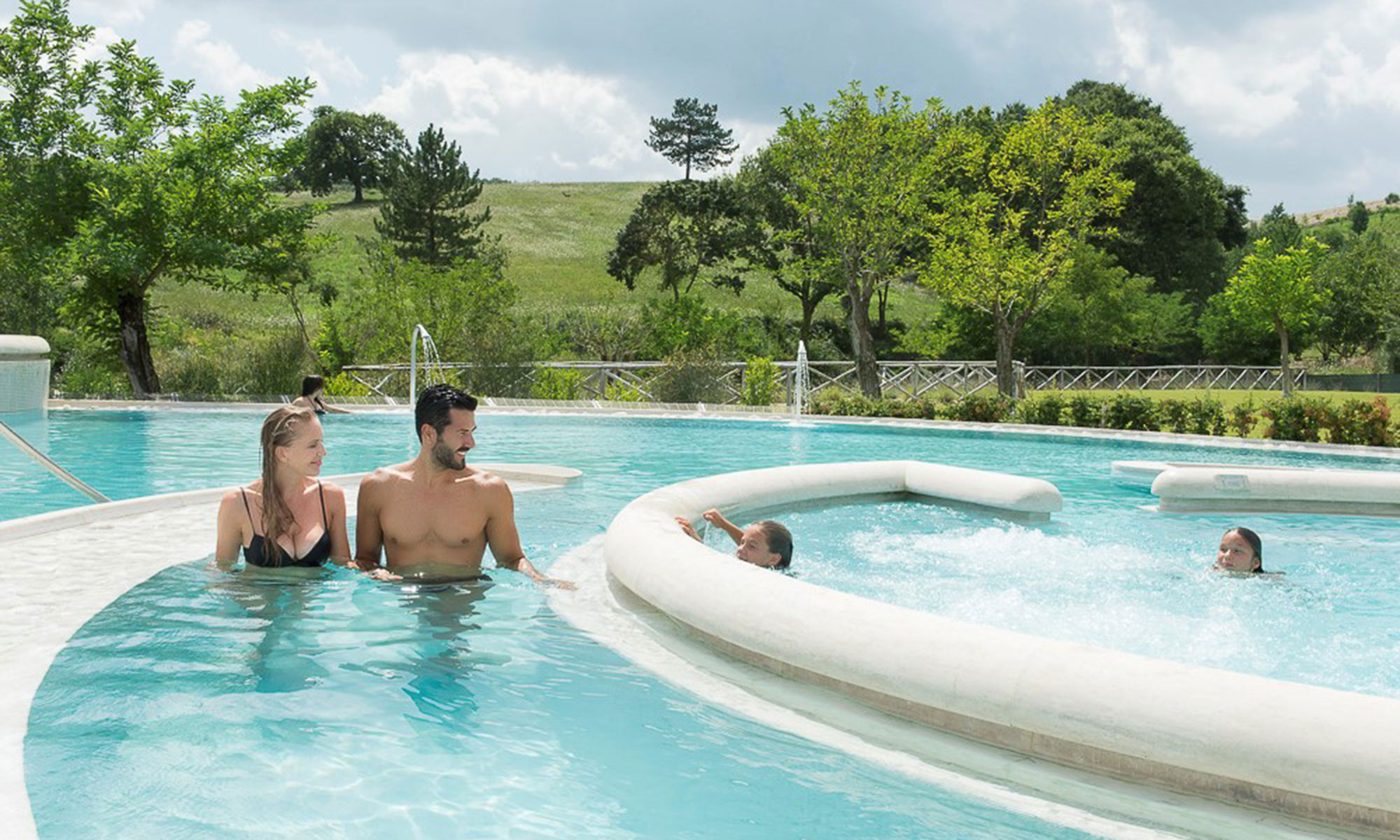 The route is dedicated to nature lovers who will let themselves bA path dedicated to well-being and the pleasure of the senses. Our special first-level instructor, Stefano, will make you live an immersive experience in the Val d’Orcia.

It starts from Chianciano towards Pienza. Our journey begins with the splendid vision of the Etruscan Tombs (VII-VI century BC) pedaling towards Monticchiello on white roads.

Monticchiello, a small village of medieval origin, can be reached along suggestive streets full of curves and cypresses, from here you can enjoy a breathtaking view of the Val d’Orcia. We will visit the historic center and you will have time to lose yourself in its narrow streets, admire the Torre del Cassero that stands on the hill, the robust walls, the tangible signs of its medieval past. The village is full of scenic suggestions with a romantic flavor, ideal for those who love photography.

The next stop is the “city of pecorino”, Pienza. In the jewel of the Renaissance, a tasting of one of the oldest cheeses in the world is a must, made with sheep’s milk, which is still prepared with the traditional recipe. The guide will accompany youin a real journey into taste and beauty. To follow, free time.

Pienza, defined by Pope Pius II as the “Ideal City of the Renaissance”, was declared a UNESCO heritage site in 1996 because it reflects all the dictates of the ideal city of the fifteenth century. The humanist pope, born Enea Silvio Piccolomini, wanted to transform his native village – Corsignano – into the city of art we know today. In just 3 years (between 1459 and 1962), Bernardo Rossellino, one of the most famous architects of the time, under the direction of Leon Battista Alberti transformed the village into an exemplary model of architecture and urban planning.

From Pienza we move to Bagno Vignoni where, under the slopes of a hill, the natural “pools” of sulphurous water await us.

At this point of the itinerary, it is possible to finish the route at the thermal pools. A van will be available to guests, both for storing personal effects in case they decide to take a bath in the thermal pools, and for technical support for any difficulties in the path given its complexity and length.

Also, the walk includes the return to Chianciano Terme passing through the Lucciola Bella park. The last point of interest is the Astrone Lake which we will find passing through Castelluccio.

This is our most challenging route, both in terms of length (about 67 km) and because the last stretch includes many challenging climbs on dirt roads (mule tracks) of medium-high difficulty.

Do you dream of making a custom-made bike excursion just for you? Send us your request and you will be called back by our instructors to build the path together.

In addition to the excursions proposed above, it is possible to organize entire e-bike holidays with personalized packages thanks to the collaboration with our partner. Choose your e-bike holiday!